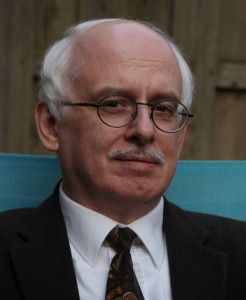 John Borstlap is a composer and author on cultural subjects, covering music and the visual arts. As a composer, he has been pioneering with a revival of tonal traditions since the seventies of the 20th century, comparable with a similar movement in contemporary architecture: new classicism, and new figurative (or realist) painting.

Although born in the Netherlands, his music is rooted in the Austro/German classical tradition, which always had a strong presence in the country, and in certain strands of the French musical tradition which reached its apogee around 1900. Borstlap’s outlook is specifically European, and the continent’s cultural identity is a subject central to his musical philosophy.

He studied at the Rotterdam Conservatory and took a Masters Degree at the University of Cambridge (England). His (first) Violin Concerto from 1974 won prizes at the Prince Pierre Competition in Monaco and the Wieniawski Competition in Poznan (Poland). His chamber music is performed in the Netherlands and abroad, and has been recorded for radio broadcasts. Performances of his ‘Sinfonia’ (1st symphony) in 1990 by the Netherlands Chamber Orchestra under Hartmut Haenchen established John Borstlap’s reputation as a distinctive orchestral composer of classically-orientated music. In 1997 a CD of chamber works was issued in England (‘Hyperion’s Dream’, Albany Records), which the composer was invited to introduce on national Dutch TV.

In the eighties, Borstlap worked at an international music agency: Interartists Holland, and set-up an agency of his own, Impulse Art Management, which he led with a collegue for 2 years after which he spent his time fully on composing and writing.

In 1998 John Borstlap organised, with the generous support of NOG Verzekeringen (director: Ton Boersma), a chamber music festival ‘Tradition and Renewal’ in Haarlem with internationally renown performers. Since the première in Manchester in 2001 by the London-based New Queen’s Hall Orchestra of an elaboration of a Wagner sketch, ‘Psyche’, various European orchestras followed with performances, among which the Orchestre National de Montpellier.

John Borstlap wrote various articles on contemporary music and wider cultural issues, which have been published in various journals in the Netherlands and abroad, among others two essays on cultural identity which were published on the Euro News website. In 2001 his groundbreaking essay ‘Recreating the Classical Tradition’ was published in the collection of essays ‘Reviving the Muse’ (Claridge Press, UK 2001). Also he has been involved in the organisation of a music conference ‘Redefining Musical Identities’ at the University of Amsterdam in 2002, and was a speaker at the international conference ‘Music and Patronage in the Low Countries’ of the Royal Society of Dutch Music History in 2010, also at the University of Amsterdam.

In 2002 he set up, together with two collegues, the Composers Group Amsterdam. The group’s artistic credo can be summarised as the ‘Renewal of Cultural Traditions’, bridging the gap between new music and traditional performance culture. In February 2003 the group featured in a live programme on Dutch national TV and in July 2004 the German national radio station ARD dedicated a programme to CGA’s music and ideas: ‘Visions of a new European music’. The group’s proposal to the Dutch Ministery for Culture in 2003 for a new way of organising the state subsidies for new music, has set a partial reform in motion in 2006, which antagonized many composers in Holland who enjoyed privileged treatment in the old system, due to their direct personal involvement in the selection process. In later years, this partial reform was nullified under the pressure from the circle of established composers. Borstlap’s campaigning for a fair funding system for new music and his many articles about contemporary music, criticizing modernist ideologies and advocating a return to musical practice as operating in the central performance culture, led to his almost complete excommunication from Dutch music life.

John Borstlap’s ideas about new possibilities of the classical, tonal tradition (in the broadest sense) in the 21st century, which are shared by other composers like David Matthews, Nicolas Bacri, Richard Dubugnon, Karol Beffa, Thierry Escaich, Alexander Smelkov (and already pioneered by George Rochberg and David del Tredici in the seventies) are part of a wider current debate in art aesthetics as shown by the work of Alexander Nehamas (‘The Place of Beauty in a World of Art’), Sir Roger Scruton (‘Beauty’), Paolo Euron (‘Art, Beauty and Imitation’), Denis Dutton (‘The Art Instinct’) and Andreas Dorschel (‘Vom Preis des Fortschritts’), and the work of the German theorist and composer Wolfgang Andreas Schultz (‘Damit die Musik nicht aufhört’, ‘Avantgarde – Trauma – Spiritualität’, ‘Die Heilung des verlorenen Ichs’).

In 2012 John Borstlap finished a short book about new classical music: ‘The Classical Revolution’ (the Scarecrow Press / Rowman & Littlefield, New York 2013), which was well received and provoked some intense debate in the Neue Zeitschrift für Musik and the Neue Musikzeitung, the two prominent music magazines in Germany.

In the spring of 2013 John Borstlap finished his third symphony, an exercise in Viennese classicism, commissioned by the Kammersymphonie Berlin. The complexities of the score and financial difficulties of the orchestra have, however, led to a postponement of a première.

In the autumn of 2014, the Hong Kong Philharmonic Orchestra and the Dallas Symphony Orchestra together commissioned Borstlap for a new work: ‘Feierliche Abendmusik’ (‘Solemn Night Music’), which was successfully  premiered in March and June 2016 by the respective orchestras under international star conductor Jaap van Zweden. This led to a new commission, this time shared by the Hong Kong Philharmonic and the Shanghai Symphony, for a (second) violin concerto; two successful premiere performances, again under the baton of Van Zweden, took place in November 2022 in Hong Kong with Jing Wang as soloist.

In January 2017 John Borstlap was appointed Senior Research Fellow at the Future Symphony Institute in Baltimore.

In August of the same year, the 2nd edition of ‘The Classical Tradition’ was launched by the well-known publishing house Dover in New York. A new book about the classical music world in relation to modernity is in preparation.

A recording project is in preparation with the chamber orchestra Kölner Akademie with the symphonies No. I and III, to be issued by the internationally-acclaimed label BIS.